Animals don’t just put on costumes to scamper away from predators. With the right disguise, these impostors turn the tables on an unwitting victim.

While most mimicry in the animal kingdom is designed to obscure or deter other animals, some predators have evolved to use mimicry to get food, appearing to be food themselves, or something else equally attractive to their prey. This is called aggressive mimicry, and below are ten fine examples of deadly impostors. 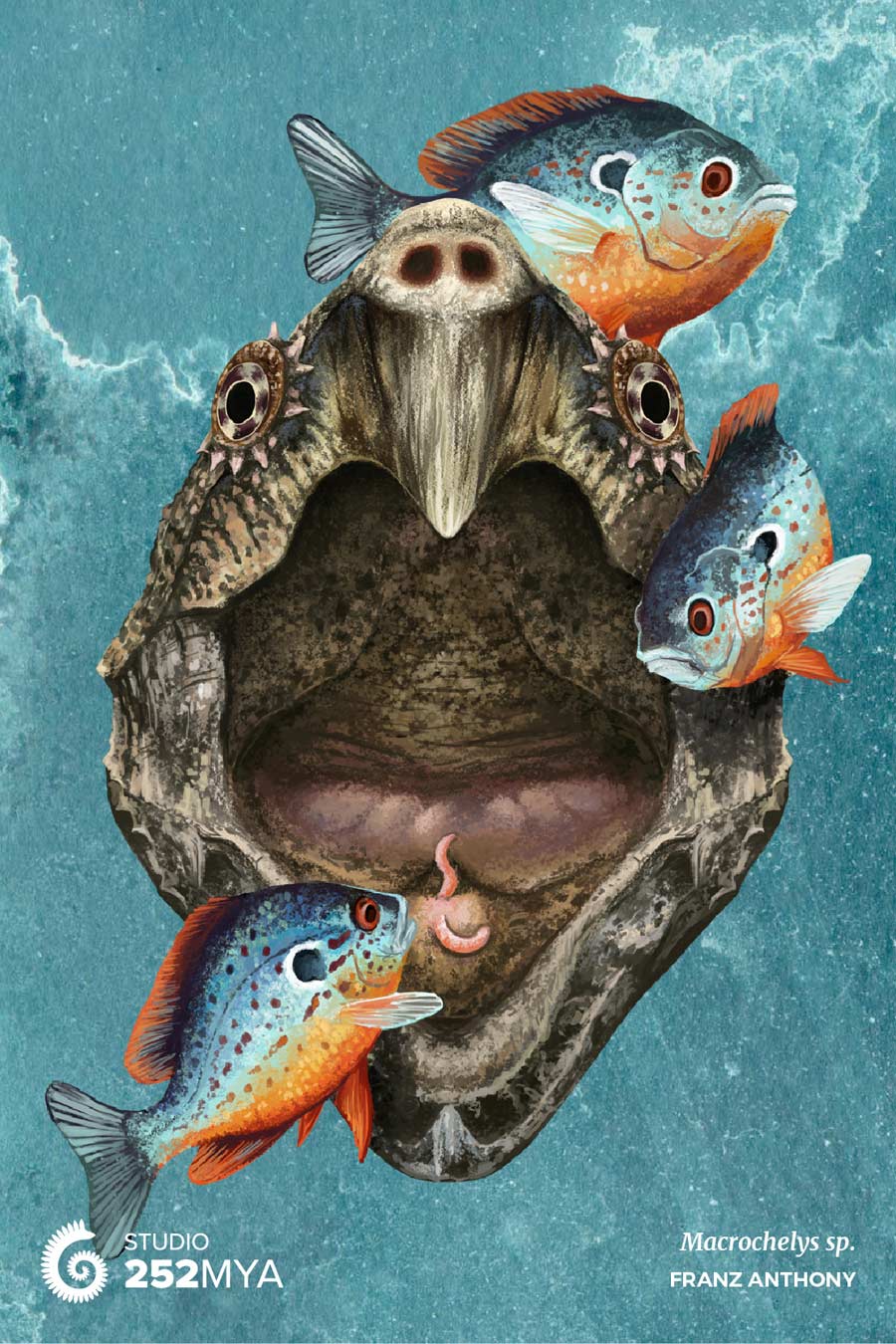 With a set of jaws as large as those of the alligator snapping turtle, you’d be justified to wonder why the alligator snapping turtle would need any form of camouflage. Despite their powerful bite, these freshwater turtles disguise themselves among the dead wood and mud at the bottom of rivers and lakes, wiggling a small growth on their tongue within its open mouth. This growth mimics the movement and appearance of a worm, with the turtle acting like a true fisherman, lying in wait until a fish takes the bait and becomes dinner.

‘True’ cleanerfish are a species of wrasse that set up ‘cleaning stations’ for larger fish, such as groupers. The cleanerfish swims between the mouths and gills of the larger fish, picking off parasites, dead tissue, and other unwanted hitchhikers. The cleanerfish is fed, and the big fish is cleaned. As with any good relationship, there is always something that exists to exploit it. The false cleanerfish is a blenny that mimics the coloration and signaling of the true cleaner wrasses, waiting for a large fish to come along expecting to be cleaned. Instead of cleaning the fish, these blennies will instead take bites out of the fish they are ‘serving’. Ouch. 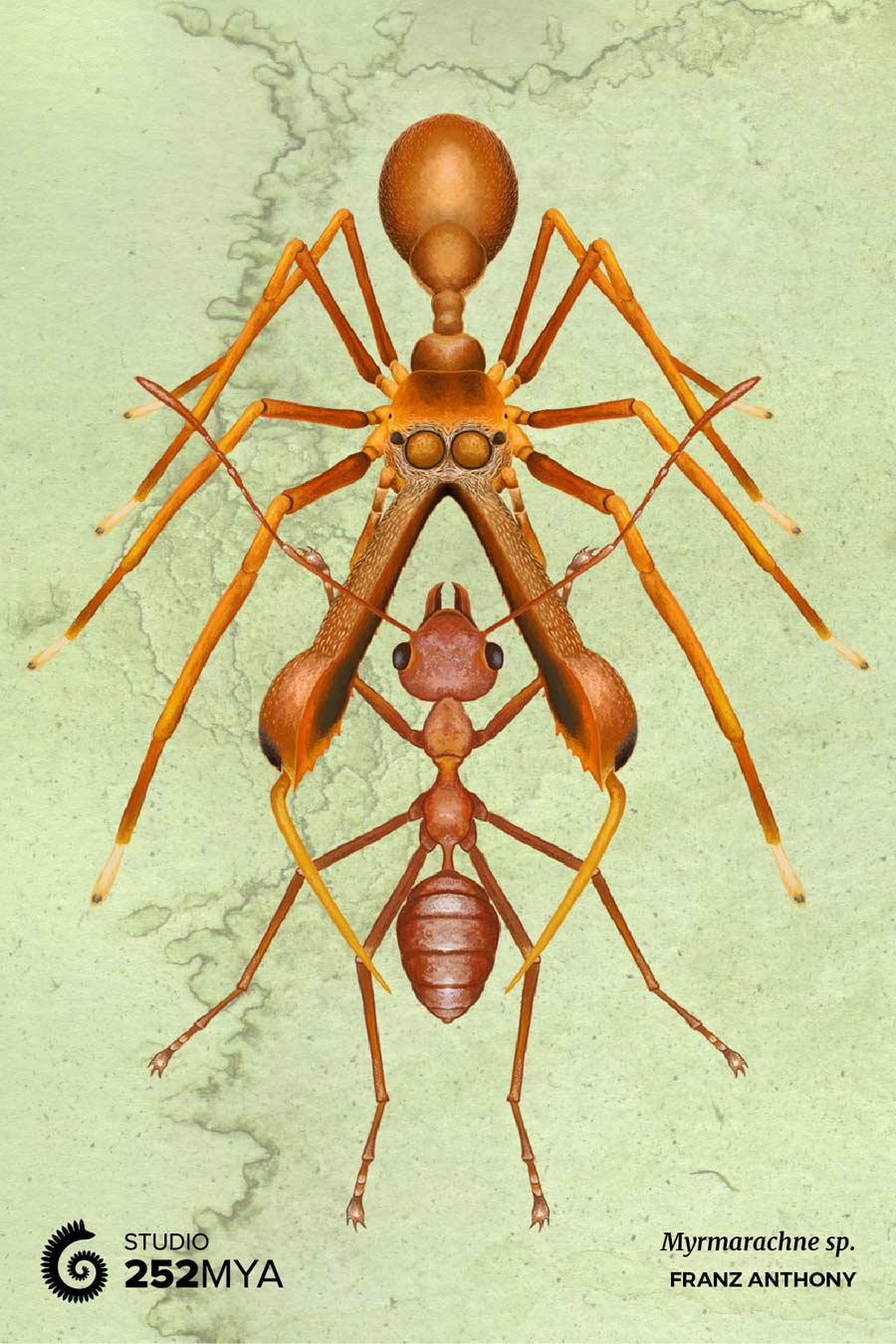 The antmimicking spiders of the genus Myrmarachne are part of a group known as jumping spiders. These spiders specialize in feeding on specific species of ants, with some species even going as far as to just mimic ants of specific age groups, with different colors for different ant maturities. Waving a pair of legs in the air like antennae, they go unnoticed as they ambush lone ants and drag them away to be eaten. Adding insult to injury, in males the mouthparts are enlarged and elongated to resemble the head of an ant. Like something out of a horror movie, the false head splits open to reveal a pair of needle-like fangs, used to pierce prey and deter rival spiders.

It’s hard to tell just what this colorful katydid is trying to mimic by looks alone, and for good reason – the spotted predatory katydid is on this list because of its ability to mimic the sounds of its prey. These insects mimic the mating calls of female cicadas, and are able to mimic not only multiple species, but also species that they have never heard before. This makes the katydid a remarkably versatile predator of Australian cicadas. 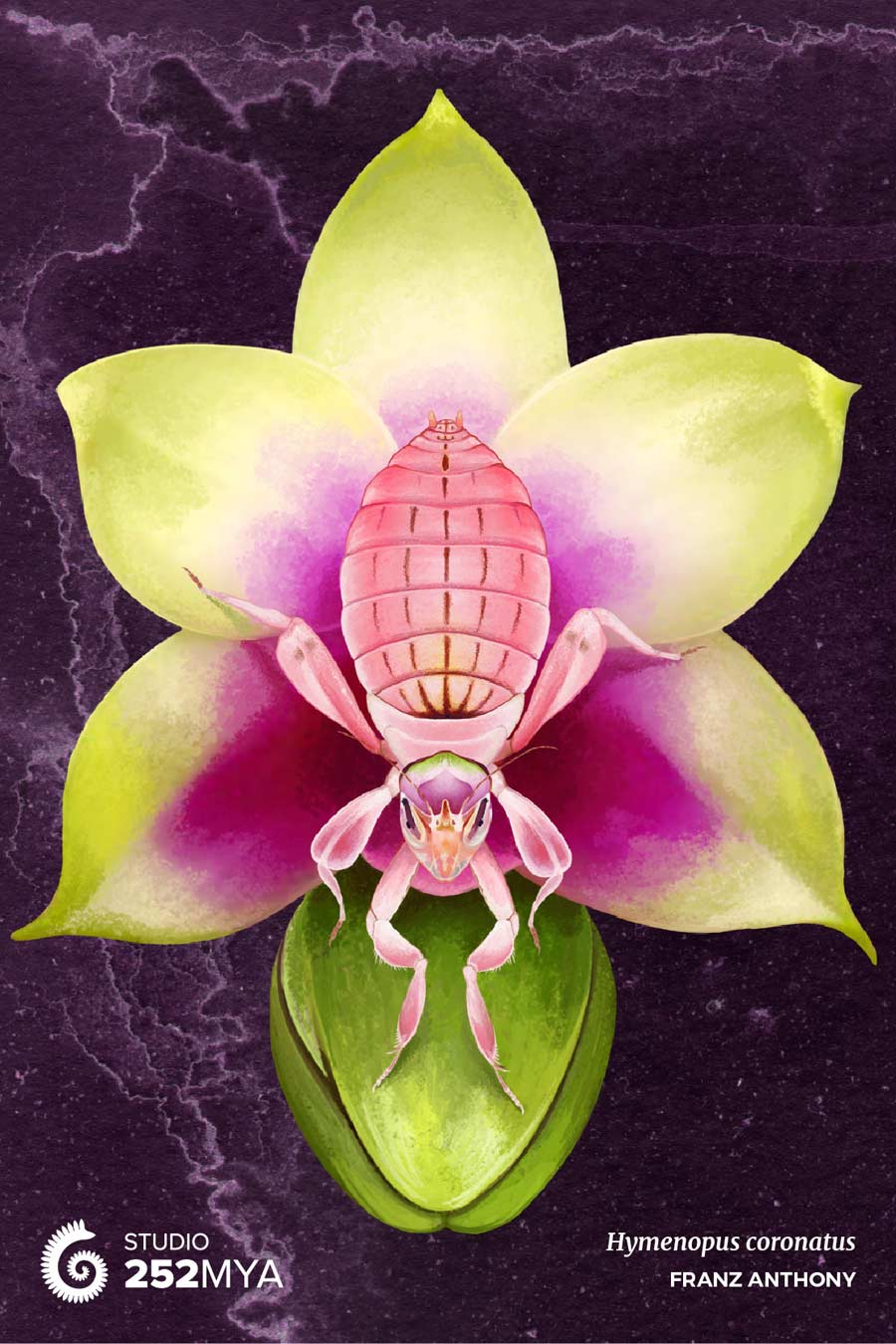 The orchid mantis presents itself as the flower of an orchid, with its wide limbs and bright coloration looking like the petals. Orchid mantises act as a hyperstimulus; they are more appealing to their prey than the real orchid flowers, as their coloration is more vivid than the petals they are copying. In other words, to their prey look like better flowers than the real flowers themselves. Other mantis species go in the opposite direction, disguising themselves as dead leaves to avoid suspicion and predation.

This incredible flatworm uses a lure not to get prey, but to get eaten. The broodsac gets its name from the way it creates a sac of larvae. Each ‘worm’ is in fact a sac of many hundreds of small larval flatworms. After a snail eats it, the sac makes its way to the eyestalks of the snail, causing both physical and behavioral changes in its host. The sac pulsates with bright red, yellow, and green, resembling a caterpillar. What’s more, the snail has a reduced dislike of sunlight, making them more likely to appear in the sunlight and attract birds. Once the snail is eaten by a bird, the broodsac develops into adults, reproduces, and then lays eggs in the bird’s droppings, ready for another snail to come along and eat them. 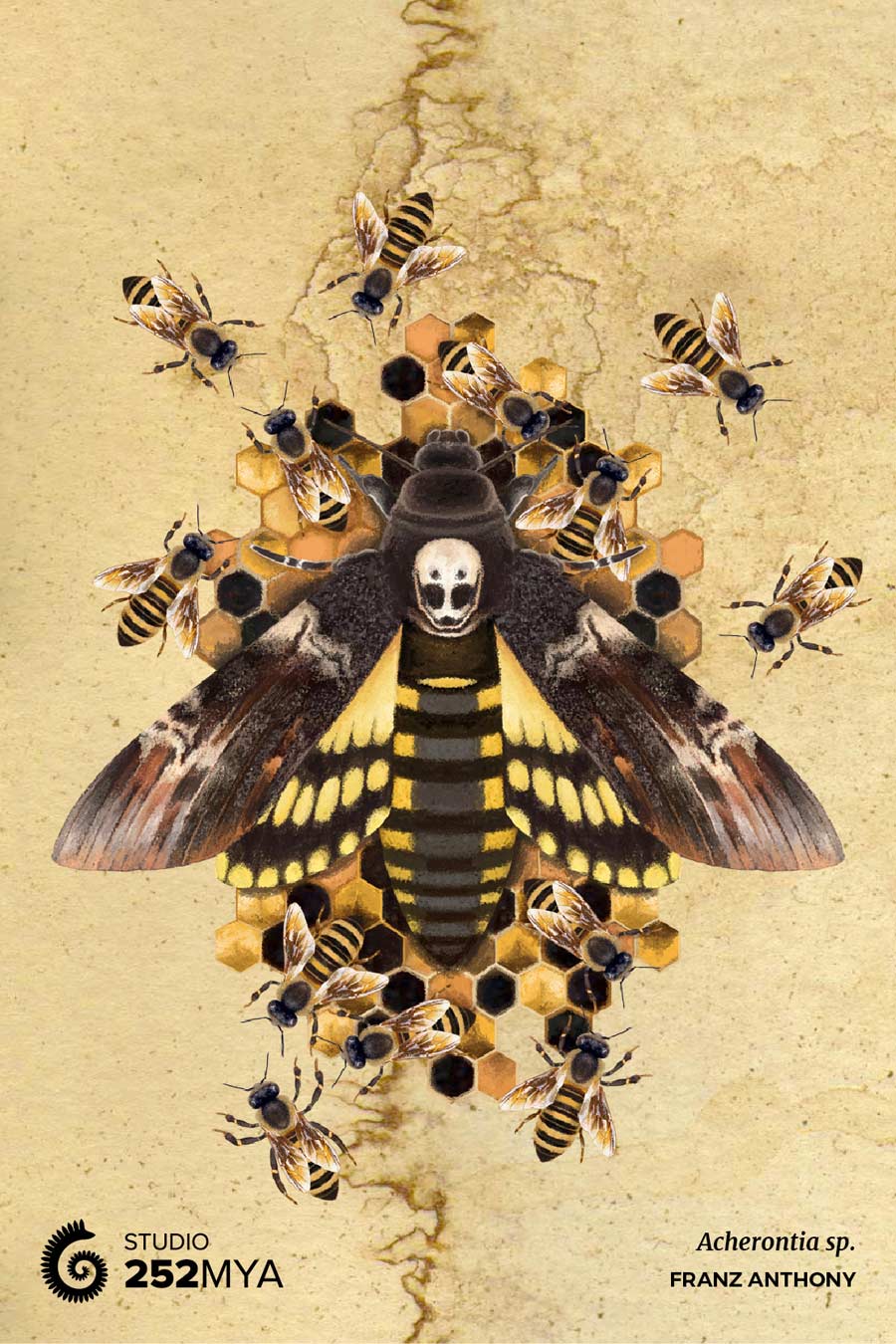 These moths became iconic in the minds of the public after their appearance in Silence of the Lambs, where they were placed in the mouths of a serial killer’s victims. Identifiable by the skull-like markings near their head, death’s-heads include three species of moths found in Europe and Asia. These insects do not use vision-based mimicry; instead, they mimic the smell of bees, allowing them to get close to hives without being stung. There, they ignore the bees, choosing instead to feed on the sugary honey stored inside.

We couldn’t do a list of aggressive mimics without including the anglerfish. This group of fish is characterized by the presence of a fleshy growth on the front of their heads. These growths act as fishing lures – similar to the alligator snapping turtle – and are used to attract prey towards their open mouths. Unlike the snapping turtle, some anglerfish take this lure to the next level, with the lures varying in shape from globular to looking like fleshy worms. Some lures even contain bioluminescent chemicals for use in deeper water where sunlight cannot penetrate. 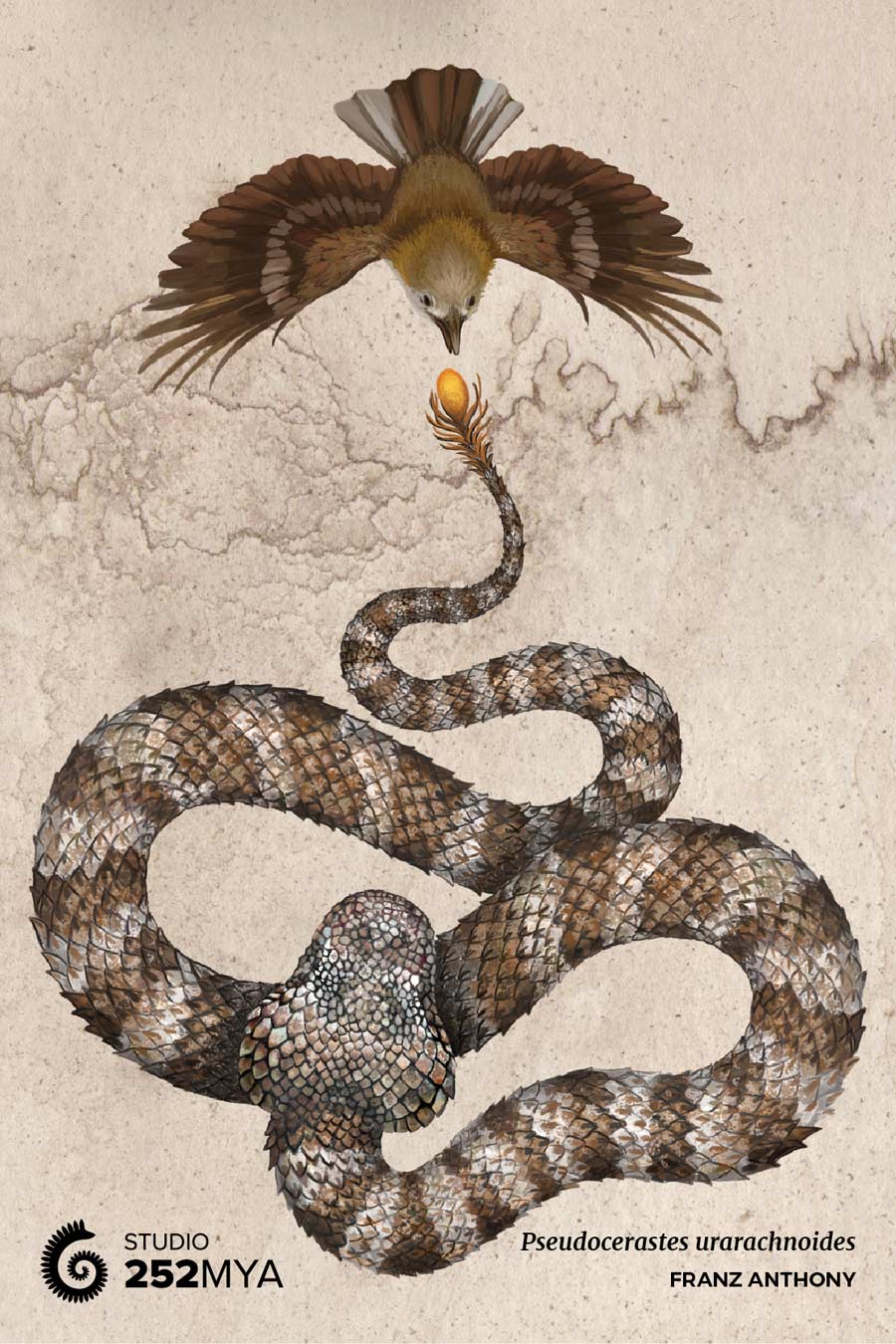 This Iranian snake’s tail is shaped into a bulbous structure with thin ‘legs’ jutting out that look just enough like a spider to lure the horned viper’s chosen prey: birds. While other snakes also use their tails as lures, none have lures as complex as that of this viper. The lure is moved across a rocky surface, while the snake lies in wait, the rest of its body perfectly camouflaged. When a bird – typically a warbler – swoops down to capture the spider, the snake attacks.

While they may not look like much of a femme fatale to us, these beetles certainly play the part for unsuspecting fireflies. Lighting up their abdomens, these beetles mimic the mating signals of other female firefly species, acting as just another single beetle looking for love. When a male firefly responds to these calls, they travel over to the light in hopes of mating. Unfortunately for the suitor, the femme fatale firefly needs to fill its empty stomach.